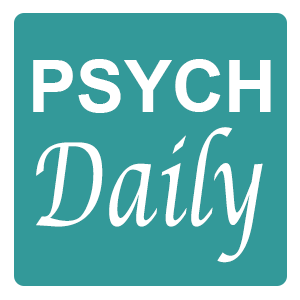 PsychDAILY
Sexual network of high school mapped by researchers
Sociologists at Ohio State University have mapped the sexual and romantic relationships of an entire high school over an 18 month period, for the first time showing these networks may differ from those of adults.

Unlike many adult networks, there was no core group of highly sexually active people at the school. There were few students who had many partners who provided links to the rest of the community.

Figure courtesy of the University of Chicago Press. From the American Journal of Sociology, Vol. 100, No. 1. "Chains of affection: The structure of adolescent romantic and sexual networks," Bearman PS, Moody J, Stovel K.

James Moody, co-author of the study and professor of sociology at Ohio State University, said the network was similar to that of rural phone lines, running from a long main trunk line to individual houses. The adult network, on the other hand, are more analogous to an airline hub where many points are connected to a small number of hubs.

?We went into this study believing we would find a core model, with a small group of people who are sexually active,? Moody said. ?We were surprised to find a very different kind of network.?

The results may be useful in designing policies to curb the spread of STDs among teens, he said.

The study, conducted by Peter Bearman of Columbia University, Moody, and Katherine Stovel of the University of Washington, were published recently in the American Journal of Sociology.

The researchers used data collected from the National Longitudinal Study of Adolescent Health. In 1995, as part of that study, researchers interviewed 832 of about 1000 students at a midwestern school with the pseudonym "Jefferson High School." The school is majority white and the sole high school in a mid-sized city.

In the interviews, students were asked to identify their romantic and sexual partners in the previous 18 months using a list of students attending the school.

On par with the national average, a little over 50 percent of the students reported having sexual intercourse.

Moody said the results provide the first image of an entire population such as this.

One striking feature of the network is a component that connected 52 percent of the romantically involved students. Although the component is large, it is broad and has many shorter branches. There are 37 degrees of separation between the most distant individuals on the network.

?What this shows, for the first time, is that there are many of these links in a chain, going far beyond what anyone could see and hold in their head.?

Aside from the large component, there were many other smaller components. There were 63 cases of 'simple pairs' -- two students who were only involved with one another.

Only 35 percent of the romantically active students were part of networks with 3 or fewer people. In addition, there were relatively few medium sized components (4 to 15) students.

While many students were connected to much larger networks, they probably didn?t see it that way, Moody said. In fact, they probably had no idea of their connections to the network.

?Many of the students only had one partner. They certainly weren?t being promiscuous. But they couldn?t see all the way down the chain.?

One surprising aspect of the network was a near absence of cycling -- situations where people have relationships with those close to them on the network, Moody said.

This lack of cycling is likely due to rules that teens have about who they will or won't date -- the teens will not date one?s old boyfriend?s current girlfriend?s old boyfriend.

?If you break up with someone, you may want to get as away from them as possible in your next relationship. You don?t want to be connected to them in some way by dating someone with a close relationship,? Moody said.

The result from this rule is that no core can form and long chain networks form instead. The authors conclude this has important implications for preventing the spread of STDs among teenagers.

In adult populations, where there are cores of sexually active people, you can focus education to these people as the main conduits of disease.

In the case of adolescents, however, ?there aren?t any hubs to target, so you have to focus on broad-based interventions,? Moody said. ?You can?t just focus on a small group.?

?The students in this network are not unusual. They are just average students, and not extremely active sexually. So social policies that could help some of them protect themselves from STDs could break a lot of these chains that can lead to the spread of disease.?